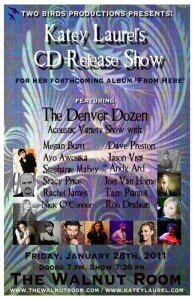 January 1, 2010 (New Year’s Day) was the “Hangover Helper” Show at The Toad Tavern in Littleton, so Andy & the boys whooped up a set of boozy songs from Bob Dylan, The Kinks, Billy Joel and more. They’re on the Andy Ard Music playlist over at YouTube.com: 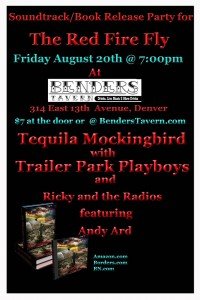 It’s the CD Release of a sountrack for the trailer for a book! Colorado author Michael G. Wallace is releasing “The Red Fire Fly” along with a slew of music that accompanies a promotional trailer.

One of the songs in the collection is “That’s What She Did to Me“, by yours truly. Get on down there to see me along with Tequila Mockingbird, Trailer Park Playboys and Ricky and the Radios.

That’s What She Did to Me – The Dangsayers

Andy up and formed The Dangsayers, and this is the first video, cut together from the film noir gem “The Man Who Cheated Himself” with Lee J. Cobb and Jane Wyatt! 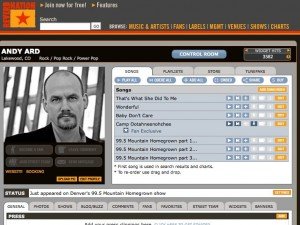 You may already hear the show if the widget on this page works. 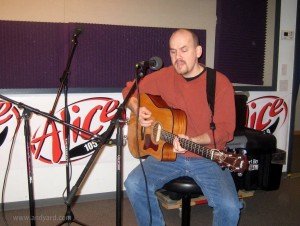 Andy just recorded a 4-song set with Jake Schroeder at Denver’s 99.5 The Mountain for the Monday, January 26 Mountain Homegrown show. Listeners outside the Denver metro area may listen online at http://www.995themountain.com.

They shot the breeze for a while, mostly about music. Andy’s busy working on new songs for his forthcoming CD, “Bad Girls (and the Boys Who Love Them)”, so he played acoustic versions of a couple of those songs.

In addition, he revisited some older material including his version of a song he co-wrote with Victoria Woodworth and an old gem from the rachel & andy days.

Astute observers will note that the picture displays “Alice 105.9”. This is not a camera trick; the two radio stations share the same studio. 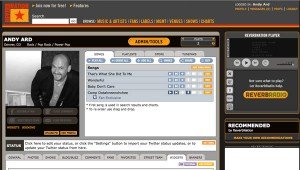 ReverbNation.com is easy to use for uploading tracks, promoting shows, adding pictures and lots more, and best of all it plugs right into Facebook.

On the listening end, it must be just as easy to follow favorite bands. We’ll see.

Andy’s profile on RN is far from complete, but then it’s only a few hours old. Please feel free to make suggestions:

Listen to new tracks on KRFC

Some preview tracks for the upcoming album are streaming on Radio Free Colorado, with more to follow soon:

Buy music from the “Everyone But You” soundtrack 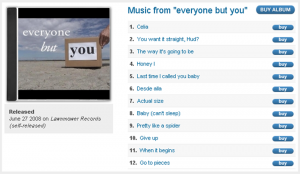 You can download Eric Shiveley’s tracks from the movie at http://ericshiveley.fuzz.com/music – most of which you can’t get anywhere else.

Do this with the knowledge that you are directly financing the creation of more music and film. It’s like adopting a creative powerhouse for the cost of three cups of coffee.

While you’re at it, join the fan site at http://chipos.ning.com/.

Andy spent the past weekend in Alamosa recording with Eric Shiveley at Desert Air Studios, and he put together a video postcard of that trip. This is one of the songs they worked on, “Wonderful.” (link to YouTube page: http://www.youtube.com/watch?v=JwhpoIWnJlA)

indieWIRE: DISPATCH FROM WYOMING | Jackson Hole Goes Global: “Full length narratives and documentaries included some gems as well. …the no-budget wonder-film ‘Everyone But You.’ Find something higher quality and more indie, and you will have discovered a new breed of cinema.”